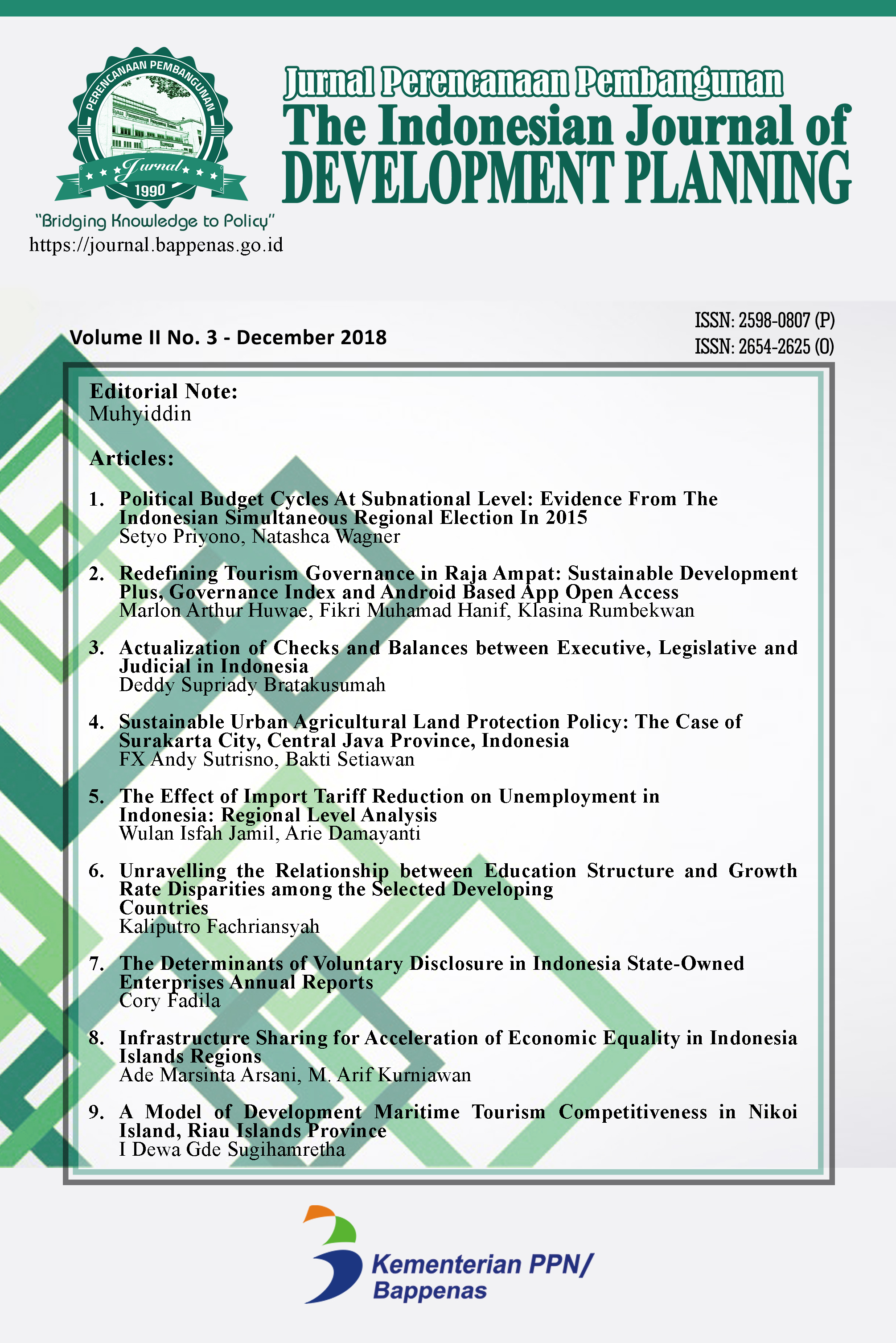 Indonesia, in general, is an archipelagic country, but only eight provinces specifically have island characteristics, this is indicated by the comparison of land and sea area and the presence of islands. The big difference in the characteristics between the island province with the provincial non-archipelago cause differences in the solution to any problems encountered. One of the problems faced by island provinces is the slow distribution of goods which results in the difficulty of production competitiveness, the decline in the quality of goods consumed by the people and the price disparity felt by the people in the islands. The existence of sea tolls has not been utilized optimally especially by island provinces in the eastern region of Indonesia. This study aims to outline solutions to overcome problems related to goods distribution and accelerate economic equality in island provinces, especially those located in eastern Indonesia. The method used in this study is a description and analysis of exploration. Some of the solutions outlined are the utilization of the sea tolls and cooperation with pioneering shipping to build special supply chains, map the potential of the region, and develop potential centers. In addition to the sea toll, Bulog’s role as an institution that can support distribution and warehousing is also sharpened. As a supporter of transactions and distribution, the role of PT Pos Indonesia and cooperatives was also considered. Both institutions can act as financial intermediary services related to joint accounts, savings and loans, and guaranteed transactions. This is done so that the potential of all levels of society can be maximized. Furthermore, the role of the regional government as a policy regulator also has a role in the use of infrastructure sharing.

A Statistician at the Directorate of Expenditure Account - BPS.

A Head of Consolidation of Regional Expenditure Account - BPS.