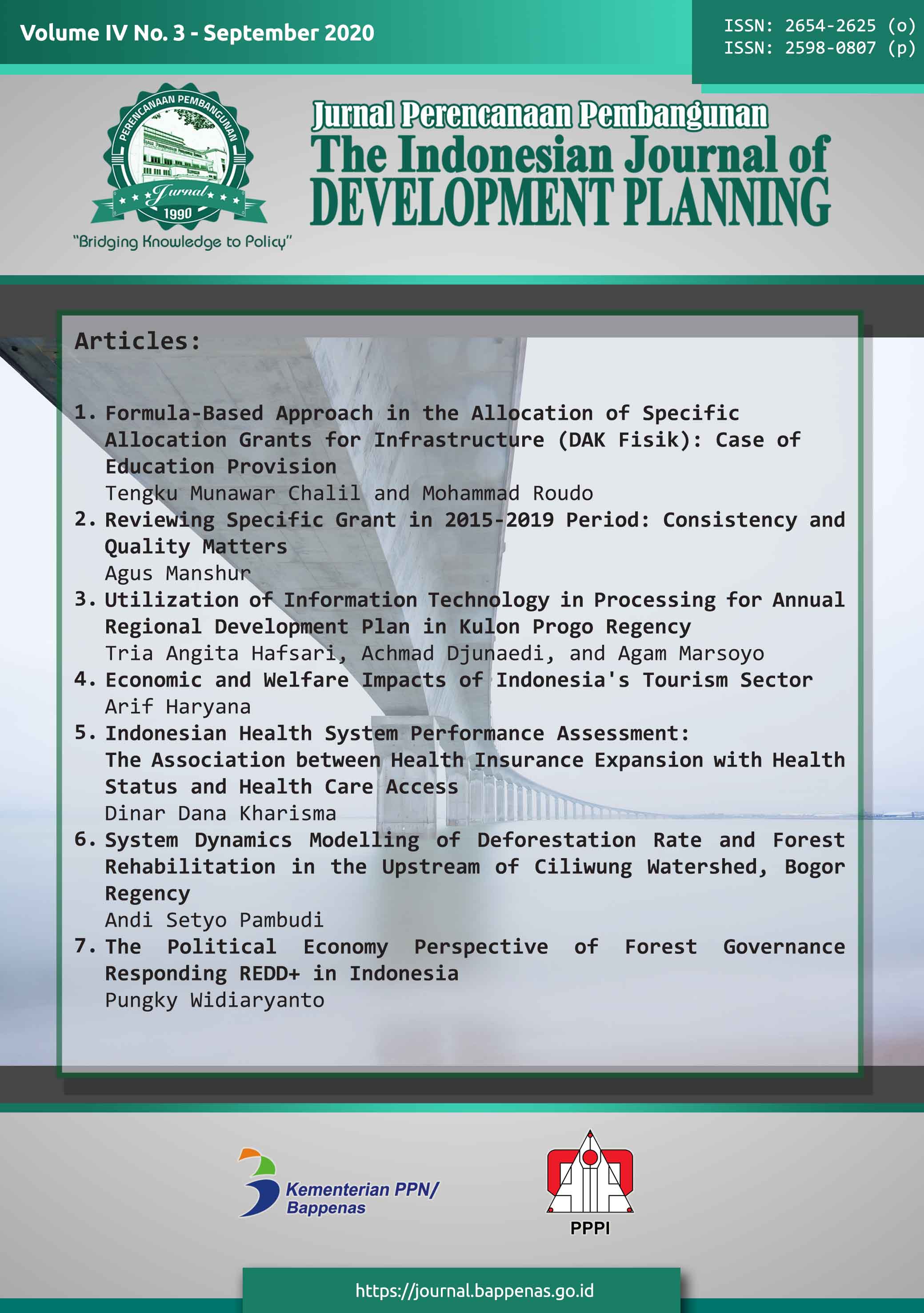 The development of information and communication technology also plays a role in the development planning process. RKPD of Regency/City was one of the most practical plans that were implemented every year in each region. Since 2016, the process for drafting the RKPD in Kulon Progo Regency has begun to utilize TIK by used the RencanaKU application. This then motivates the research with the aim for describing the use of information technology in the RKPD preparation process and identifying the factors that influence the use of information technology in the RKPD preparation process at Kulon Progo Regency. The research method was a qualitative design approach with a case study method. Data collection techniques used observation, interviews, and secondary data. Data analysis was performed using pattern matching, data triangulation, and inductive analysis. The results of this study formulated two findings. First, in the formulation RKPD at Kulon Progo Regency, not all stages in the arrangement of RKPD utilize information technology through the RencanaKU application. The role of technology in the preparation of the Kulon Progo RKPD as a planning support system was to facilitate the collectivity of RKP reports from interested parties to the RKPD (BAPPEDA) organizer for later compilation and data verification. Second, it was found several components that influenced the RKPD preparation by the RencanaKU application namely time, consistency, and transparency. These influential factors can be the basis for providing related policy recommendations.

How to Cite
Hafsari, T. A., Djunaedi, A., & Marsoyo, A. (2020). Utilization of Information Technology in Processing for Annual Regional Development Planning in Kulonprogo Regency. Jurnal Perencanaan Pembangunan: The Indonesian Journal of Development Planning, 4(3), 286-299. https://doi.org/10.36574/jpp.v4i3.129